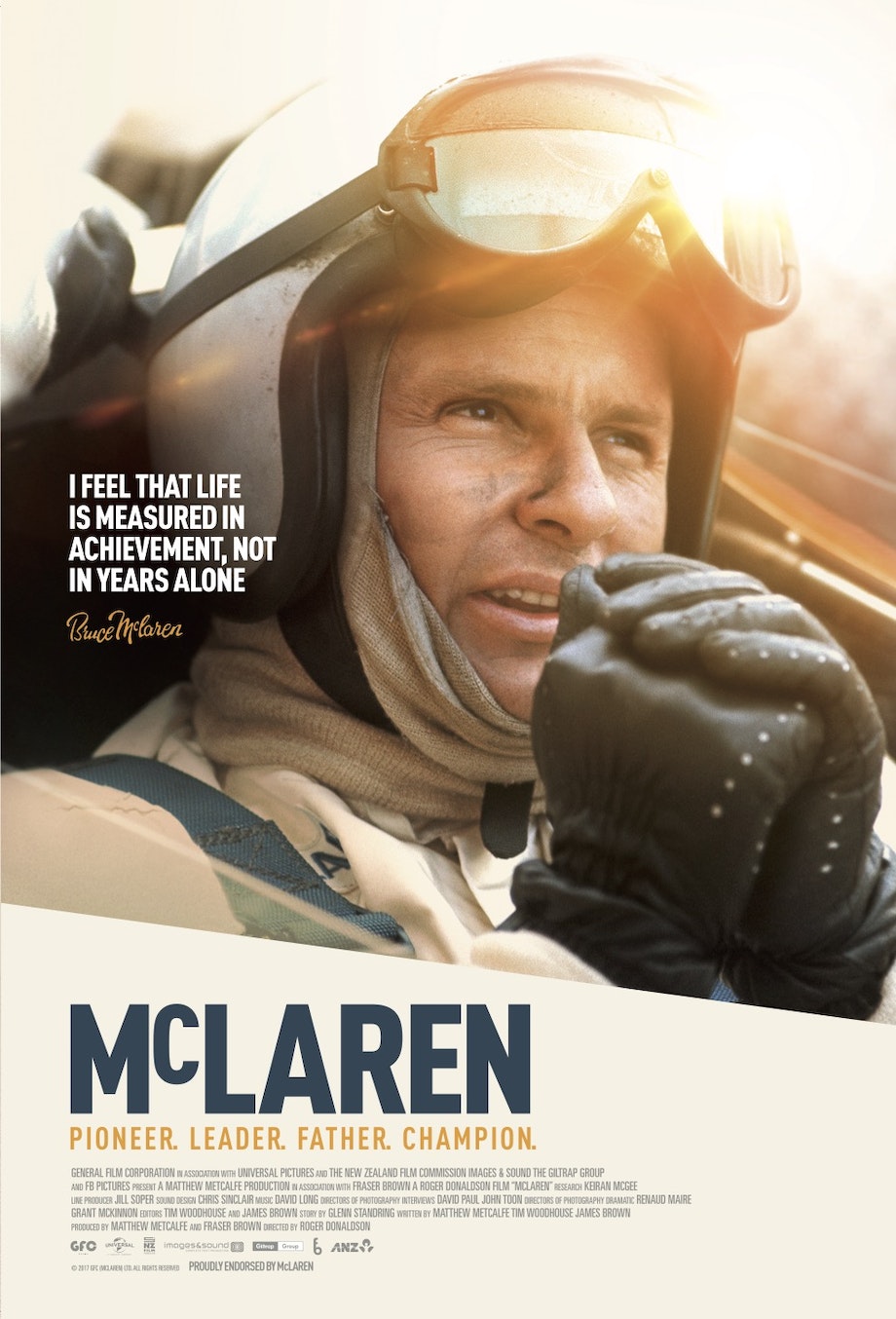 From acclaimed director Roger Donaldson, comes then incredible true story of the man behind one of the greatest brands in international motorsport, MCLAREN. A fearless racing driver, a visionary and brilliant engineer, Bruce McLaren was a humble New Zealander who became a superstar in the glamorous jet-set world of 1960s Formula One motor racing.

McLaren was the highest grossing NZ Film at the local Box Office in 2017.