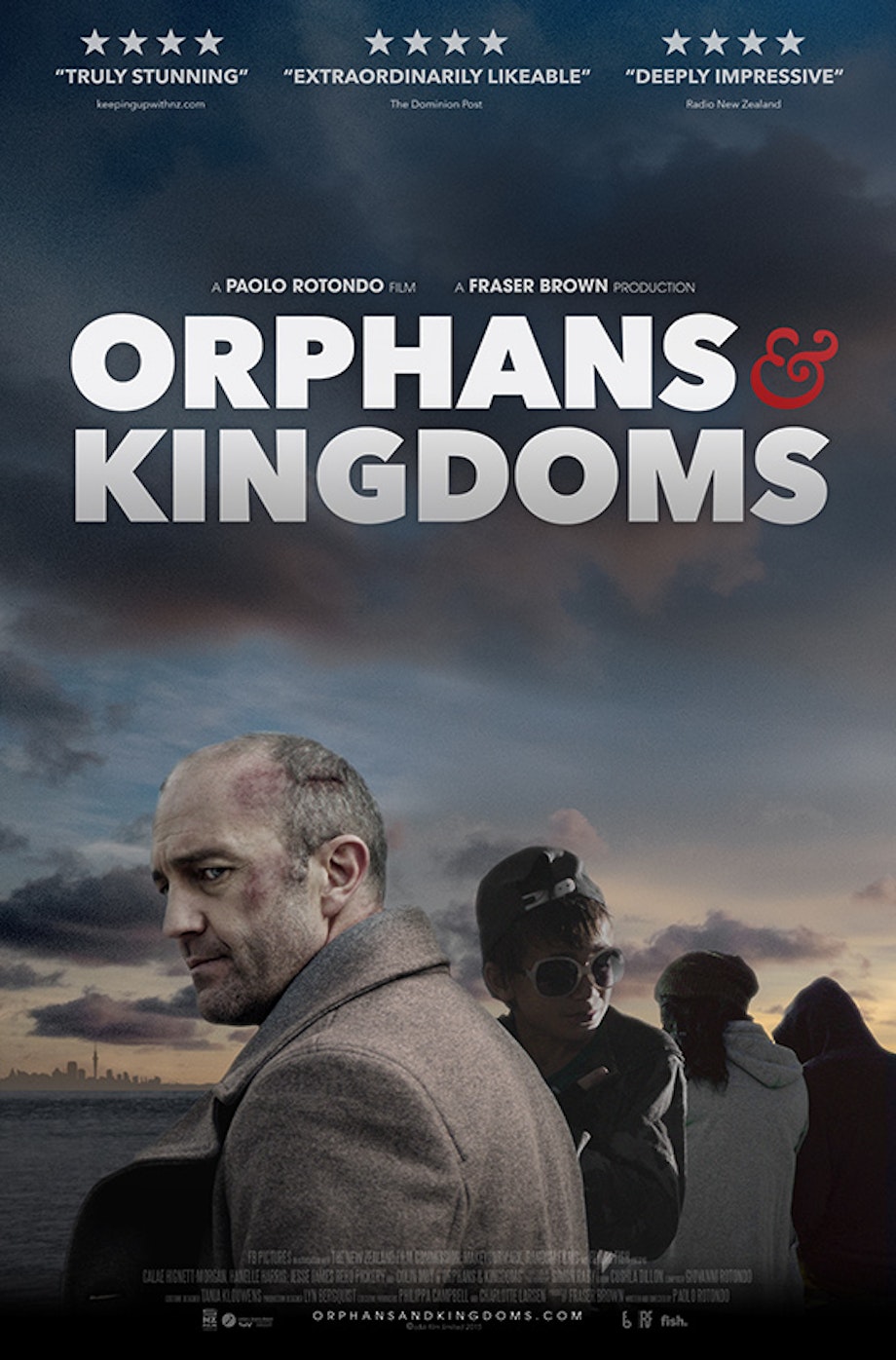 Orphans & Kingdoms is an award-winning New Zealand drama about a man who returns to his own home only to be bound and beaten by three fugitive kids.

Exposed to the helplessness of his tormentors he is forced to face the demons of his own dark past. Over the course of a tense night the tables are turned and a tenuous bond begins to grow between them. When dawn comes, so too does the law. Now, the four of them find themselves on the run, together.