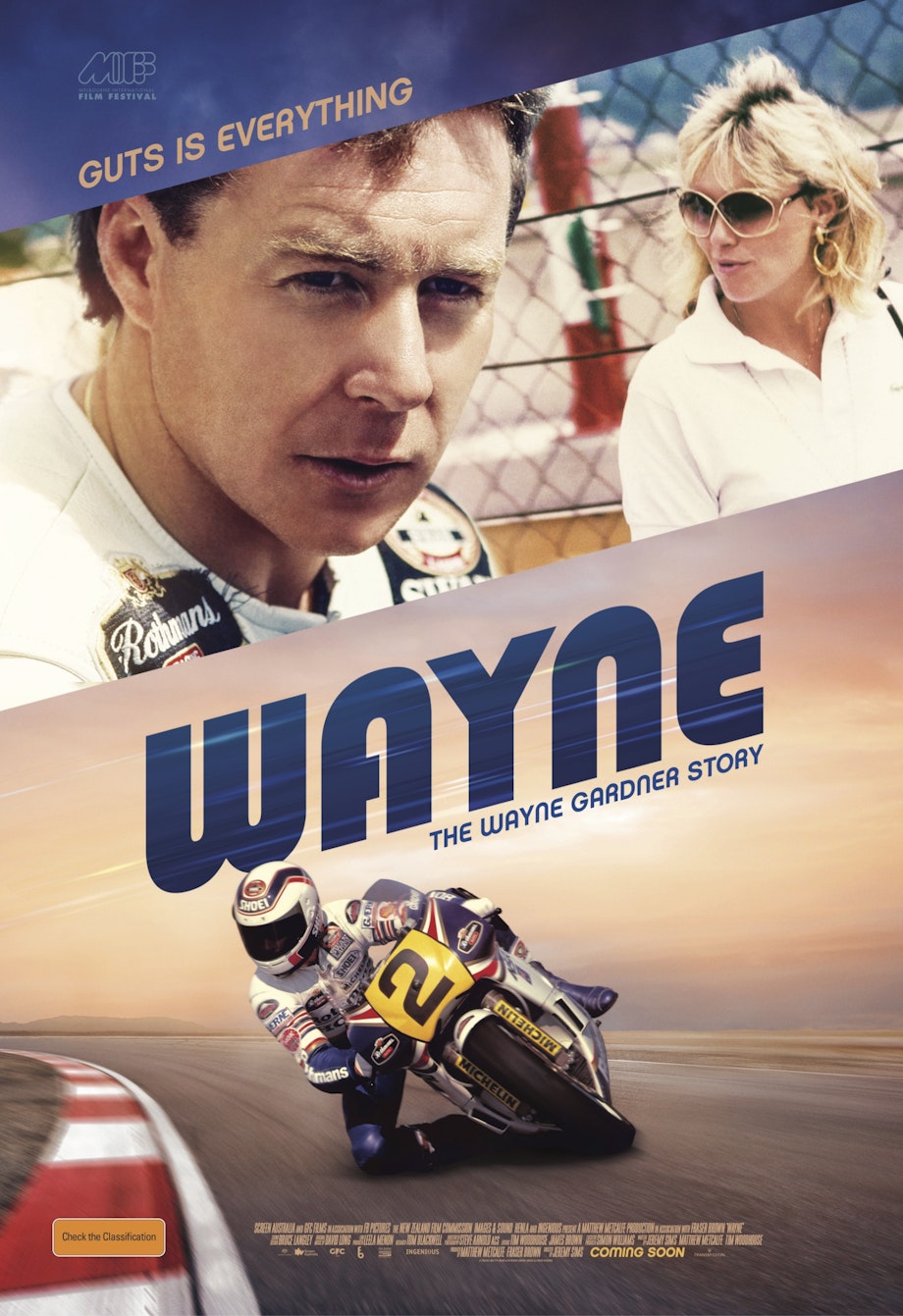 Featuring interviews with legends from the sport’s ‘golden age’ including Eddie Lawson, Wayne Rainey, Mick Doohan and Kevin Schwantz, WAYNE is an amusing, inspiring and, at times, wild cinematic ride through the life of a true Aussie legend.